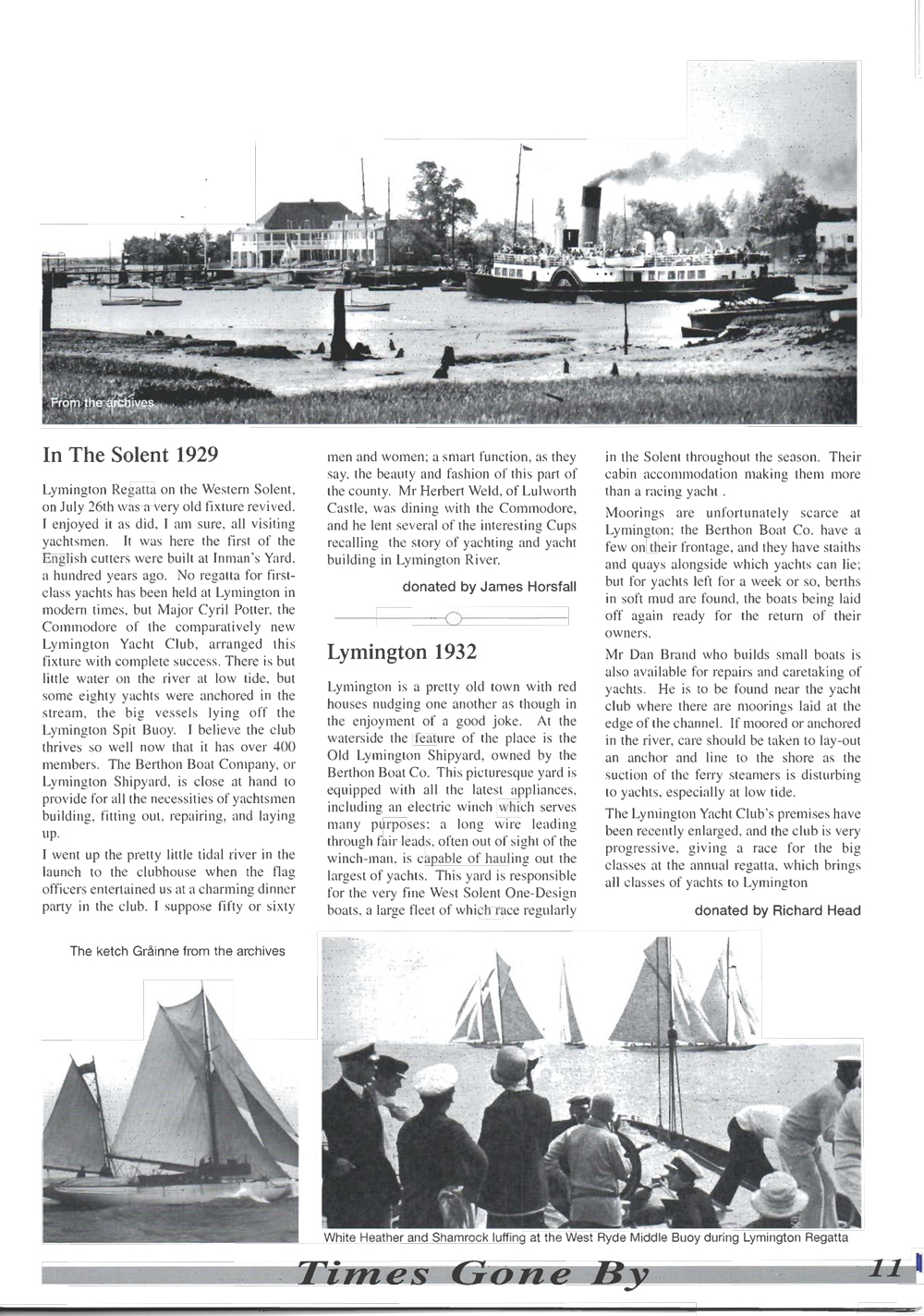 And now to the really interesting part:

I quote from 1902 Encyclopaedia > Yachting: http://www.1902encyclopedia.com/Y/YAC/yachting.html In 1830 one of the largest cutters ever constructed was launched, viz., the “Alarm,” built by Inman at Lymington for Joseph Weld of Lulworth Castle, from the lines of a famous smugglers captured off the Isle of Wight. She was 82 feet on the load line by 24 feet beam, and was reckoned of 193 tons, old measurement, in which length, breadth, and half-breadth (supposed to represent depth) were the factors for computation.

Regarding Mr Joseph Weld – this article is worthy of note:

A fascinating story to read – but for our Archival purposes here i have extracted only the following:- In 1802 Joseph married Charlotte,  the daughter of Lord Stourton, and by way of a marriage settlement Thomas Weld settled the 2,000 acre Pylewell estate near Lymington in favour of Joseph. They lived in a smaller property on the estate, which with its frontage on the Lymington river enabled him to fully indulge his interest in yachts.

Pylewell a site that had been used for shipbuilding since 1688, if not earlier. The first cutter he built there was reputedly the Charlotte of 60 tons. Other cutters of note were two vessels, Julia, 40 tons and King Cole, 12 tons, both built for Joseph’s younger brother, James. The first recorded Round the Island Race was won by Julia.

Between 1800 and 1811 Joseph was actively seeking and engaging in competitive sailing with anyone who would accept the challenge such as his neighbour Charles Sturt. There were also a growing number of gentlemen of a similar disposition who were indulging in their sailing pursuits from Lymington. The press of the day contained reports of various races, often referring to the yachts involved as “gentlemen’s cutters”.

In later years he is remembered as one of the first to build and handle fast-sailing yachts. One of his best-known boats was “The Arrow” which he built in 1821. She was 84 tons, originally 61 ft. 9 in. long, with a beam of 18 ft. 5in.

Alarm won the King’s Cup in 1830 beating Mr Maxse’s Miranda, in 1831 beating Lord Belfast’s Louisa and in 1832 beating the Duke of Norfolk’s Arundel. Lord Belfast gained some revenge in 1831 by beating Alarm with this Louisa for 1000 guineas in another match race. In 1833 she met Lord Belfast’s new yacht Waterwitch and, in spite of beating her by over 34 minutes, was disqualified, as the Memorials of the Royal Yacht Squadron records, “as a result of Mr Weld’s unfortunate habit of breaking the rule of crossing an opponent on the larboard tack”. 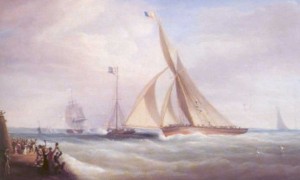 Alarm (shown above in her original form) was enlarged in 1852. She was one of the most famous of the early Squadron yachts. Probably as a result of America’s influence, Joseph Weld had her lengthened by 20 ft at the bow, which was remodelled, and rigged as a schooner in 1852. This increased her tonnage to 248 tons.

Joseph Weld was both designer and builder and continued to be actively involved with Thomas Inman in the construction of all his vessels, even with the cutter yacht Lulworth built in 1857 when he was in his eightieth year. He died at the age of eighty-two years on October 20th, 1863. Local legend has it that he died at sea onboard his second but smaller cutter named Lulworth.